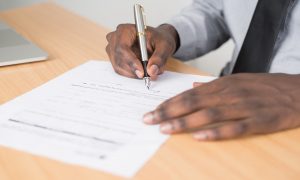 Creation of the Affordable Care Act

The Affordable Care Act was enacted in 2010 under the Obama administration with the main purpose to make healthcare insurance available to everyone – regardless of their financial circumstances. The act made healthcare available to nearly 95% of U.S. citizens, increased the availability of healthcare by making insurance mandatory, and assessed financial tax penalties to those without healthcare (in order to help pay for the program). Most importantly, it protected individuals with pre-existing conditions by forbidding health insurance companies from discriminating against them in the form of either massive premium hikes or denial of coverage. The Affordable Care Act also worked to aid young adults, one of the least financially stable populations in America, by allowing children to stay under their parents’ healthcare plan until the age of 26.

What is the Individual Mandate?

What Are The Effects of Repealing The Individual Mandate?

Since its implementation, the individual mandate was controversial amongst the public and its repeal was equally debated. Much of the debate surrounding the individual mandate repeal was based on its effects on healthcare premiums. With less people obtaining health insurance, the premiums were expected to become higher for those who needed healthcare and had preexisting conditions. Not only was this controversial financially, but this brought up concerns over the state of health for the U.S. population. The worries about the inflation of premiums were brought to light when premiums for bronze plans increased from 3 percent to 13 percent once the tax penalty was removed. Additionally, enrollment fell from 2.8 million uninsured individuals to 13 million. For these reasons, certain states have chosen to enact their own mandates on health insurance requirements.

Starting in 2020, California has enacted their own individual mandate for the state that requires residents to acquire a healthcare policy or pay a penalty. The penalty is based on the previous federal individual mandate penalty which is $965 per uninsured adult or 2.5 percent of the individual’s household income. As a result, California has managed to keep their healthcare premiums much lower than the national average and encourages their residents to maintain their healthcare coverage.

What Are Possible Exemptions From The Fee?

There are several ways to get exempted from state individual mandate penalties, just as there were possible exemptions for the federal individual mandate. A few common cases that you can be granted an exception for are cases of circumstantial reasoning, including financial status, life events, or hardships. Additionally, most states do not require you to pay a fee for any month you are covered. So if you are only uninsured for a few months of the year, you will only be penalized for those months, in most cases. Make sure to check with your specific state to find out if you qualify for exemption.